Hi everybody, I’m Jeff and I have Stage 3b/c Colon Cancer

2022 has been a heck of a year. On January 3rd I went in for a semi-routine colonoscopy due to a hint of occult blood in my stool. I have no family history of the disease; I wasn’t worried about the results at all. I thought my fatigue the last few previous months were a heart problem (I do have slightly elevated cholesterol levels, which are being taken care of with a statin prescription).

On January 5th, 2022 I was diagnosed with Stage 3b-3c Colon Cancer after the results of the colonoscopy were given to the doctor. I was in shock, called and told my parents, but I didn’t want to text my wife with the bad news, so I waited until she was home. (TIFU by….) When she got home, I was still so much in shock, and after telling the immediate family. She nearly collapsed; I really should have asked her to sit down first.

Skipping a mess of other minor problems, we finally scheduled surgery for the removal of the cancerous infection on February 1st, 2022 (the sooner the better!). It was a laparoscopic surgery, so I was able to go home the following Sunday. 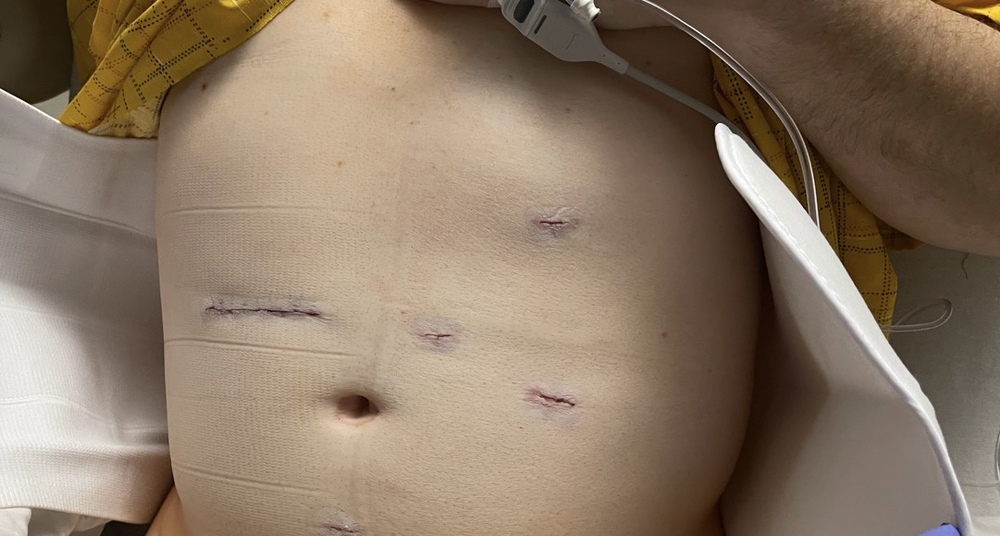 On February 21st I got my Infusion Port installed, and two days later it was tested successfully with an Iron Infusion at the Oncologist. It’s a pretty neat piece of cyberware! 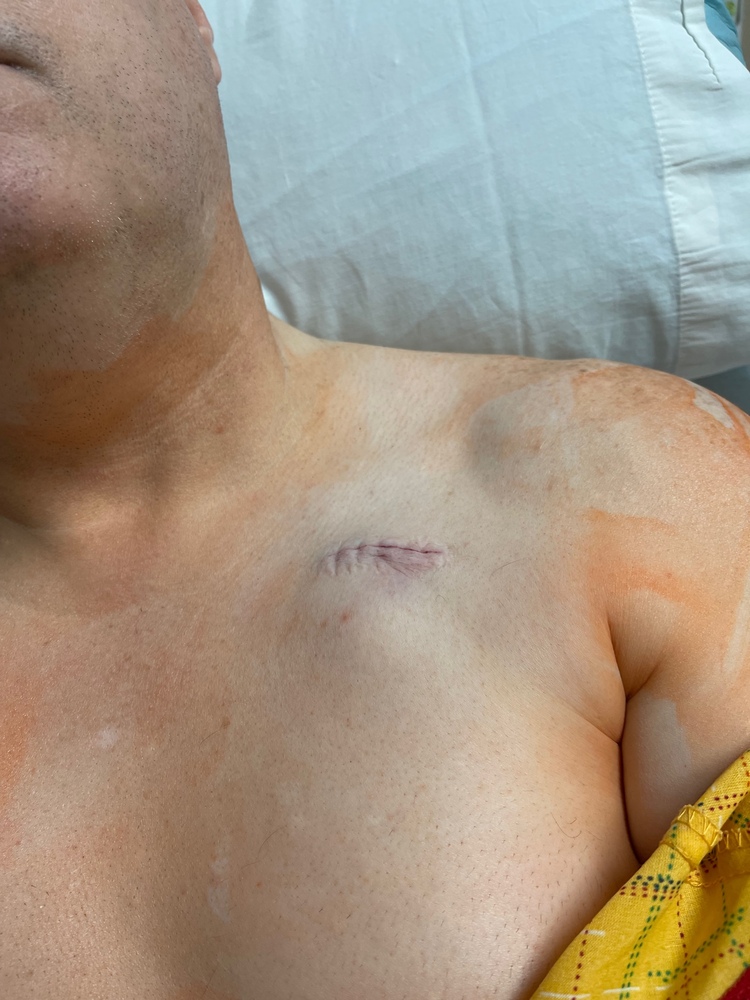 Two days later I had my first Iron Infusion to try to remedy my newly diagnosed anemia. We used my newly installed port with perfection! 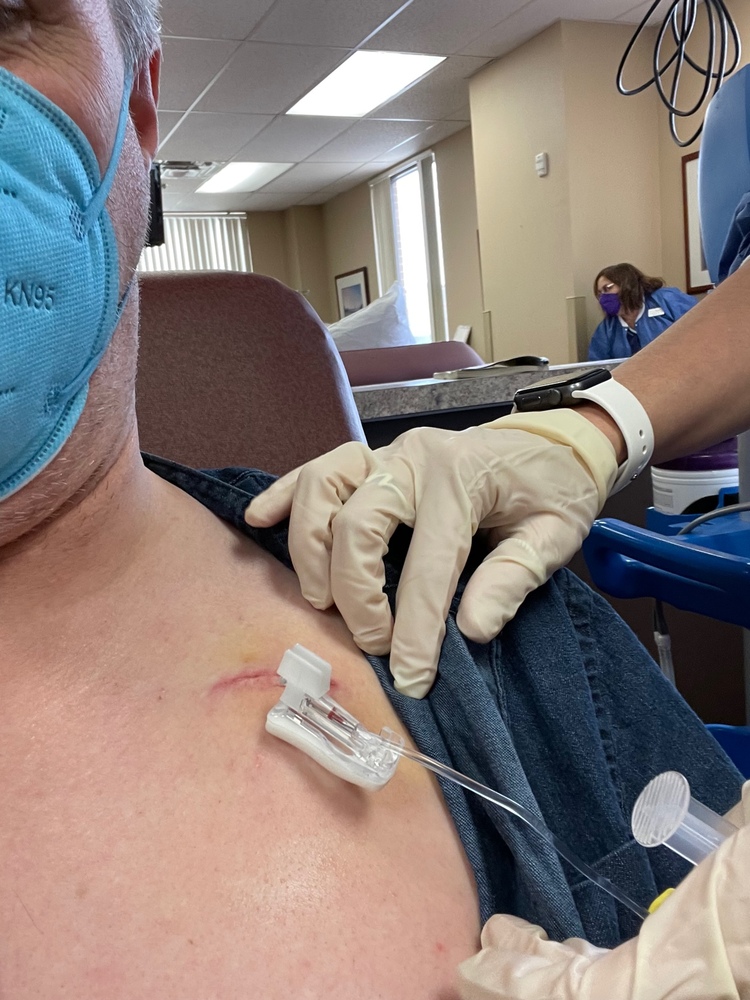 As an aside to this article, but a very personal event which has affected my whole mood for the year: my mother passed away suddenly on March 7th (her mother passed away the same way around the same age at 70). Going in to my first Chemo session without her was heartbreaking. My father offered to join, but due to space and COVID protocols, they weren’t allowing visitors in the infusion room other than dropping off lunches, etc.

My first Chemotherapy session was March 9th, 2022. I was scheduled to have 12 infusions over the course of 24 weeks.

March 23rd was my second chemo session. Everything was going smoothly enough until C. Diff hit me on/after the second infusion.

I remained sick at home from the 26th to the 29, until the Oncologist hospitalized me on March 29th for treatment. It was 5 days of iv saline and antibiotics. Worst vacation every 0/10 stars.

Before hospitalization I had lost 10 kilos (~24 pounds) of mostly water weight from the severe diarrhea. I came back with 3 kilos of that back (~10lbs) I was not able to return to work until April 2nd This was possibly the worst long-term pain I have experienced it literally felt as someone was scratching sandpaper along my stomach’s walls. If you have diarrhea which smells of medicine or some strange sweet weird smell: call your doctor! You don’t want the advanced stage of this terrible infection!

The Oncologist and I decided it was best to push back the next session for a week so that I had time to heal before the Chemo attacked the new healing cells.

My 3rd infusion (April 13, 2022)included another hour and a half Iron Infusion, so I had to take a half day to make up for missing the day (I skip full lunches every day mainly so I can have half a day at the Oncologist - although most of the time I work from my laptop, IT is sometimes a wonderful profession). This infusion went well despite my worries of another C-Diff infection. I kept a close eye and nose on my stool!

Fourth infusion (April 27, 2022) has been easiest infusion at the time of this writing. Normally my infusions are on Wednesday and the “pump” (actually a pressurized ball of poison) gets removed Friday afternoon (or any time 46 hours after installation), until this session my Saturdays are worthless, but that day I was able to do some heavy lifting and good backyard work.

My fifth infusion was yesterday and it hit me hard. I had a feeling that the Oncologist upped my dosage (as expected), and when I look at the numbers on my Navigating Care Portal, they were the same. Perhaps my allergies (which are rated as “Extreme” according the weather apps) are affecting me on top of all the medications I’m taking.

That’s it for today. We’ll see how it goes.