I got my 1″ foam from Home Depot last night (I had to special order that thickness). I got 3 sheets of 4 foot by 8 foot foam. Between that and some Hot Wire Foam Factory tools that I have (and one on order!), I should be able to create some very nice modular Hex Terrain. 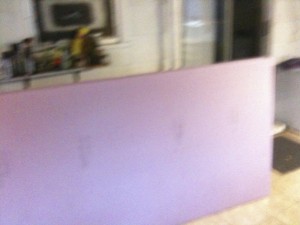 So sorry about the blurriness, it was too dark to focus I suppose.

However I’m not exactly sure how I’m going to do it.

I have created a piecemeal paper grid of 2″ hexes for an experimental template which I’ll probably transfer to my poster board material tonight. I’ll experiment on some half inch foam board I have in remnants to make sure that the cuts will be clean enough. I chose 2″ hexes for a few reasons, although they are a little big and the gaming table will be larger (almost a third the amount of hexes of a normal BT map) I can do the following:

Also I found some dry erase markers at Wal-Mart with erasers on the ends to make it easier for record keeping during games. 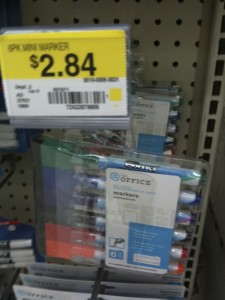 Watch this blog this weekend and over the course of the next few weeks for more progress of this experiment.