The Fleet is being Rebuilt

After collecting several second-hand Tau armies adding them to my near 2500 points of 3rd edition Tau then putting them in the paint-strip vat over the last several months I’ve started putting paint on the vehicles. Here’s a pic of what they looked like (and very similar to what they’ll look like when repainted): 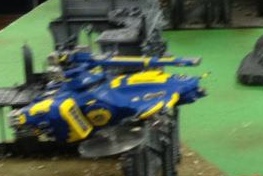 There are 4 Devilfish Chassis here, one of which I couldn’t pop the top so it’s permanently a devilfish (and will likely be my one of my Pathfinder painted vehicles). 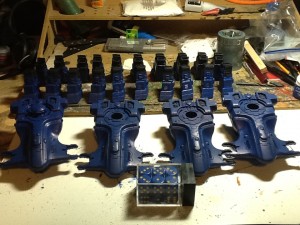 I have 10 sets of engines in process of being painted.

At last count I have 14-15 devilfish chassis with the ability to make up to 6 hammerheads and 3 sky rays if need be (possibly more). 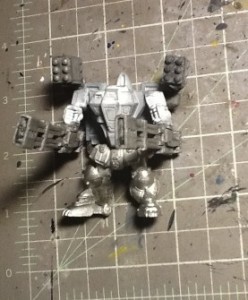 There’s more going on the backend with a really nice conversion for my broadsides involving some of the old 50-70mm Heavy Gear Jager legs. The broadsides will look TOUGH.

This will be a slow week for me painting wise as it’s tech week for The Music Man at the Wichita Theatre (yes, I’m one of those part-time thespians).