The MacPro has arrived. My workbench has been set up and I’m ready for any cosmetic repairs that bother me. This post is going to give an overview of the quality and repairability of 2009 MacPro Upgrade Project Inspection. First things first. Let’s open up the box and verify that it boots and everything functions as expected. The packaging was quite cheap, but extremely effective. I’m not going to complain at all (other than I had to pull out some scissors during the de-bubblewrapping). Good stuff. 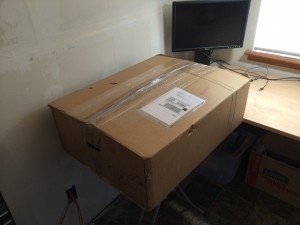 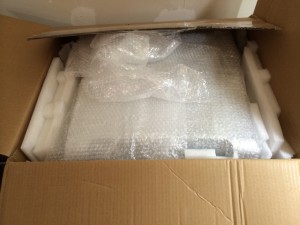 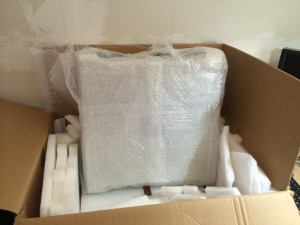 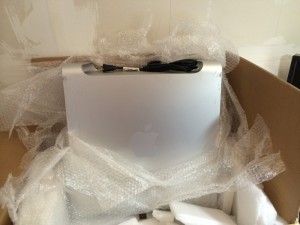 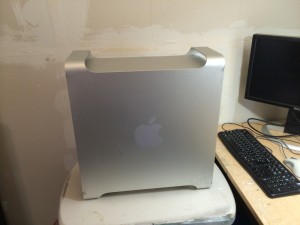 The grill damage that was pictured in the auction wasn’t nearly as annoying to me in person as I thought, so for now I’m cool with it. 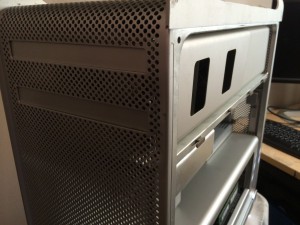 However I did notice a definite absence of a Optical Drive (it wasn’t included in the features, so it’s more a surprise than an annoyance). 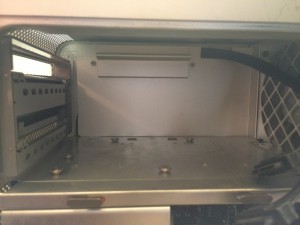 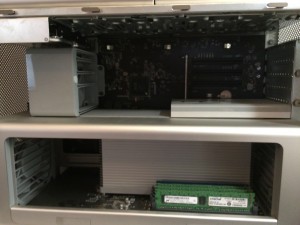 Time for first boot! Took a few seconds for it to come up (but I’m used to SSD speeds on my MacBook Pro), but it came up. 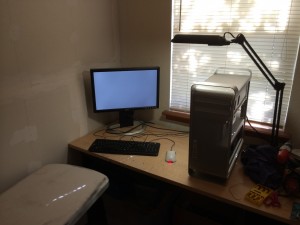 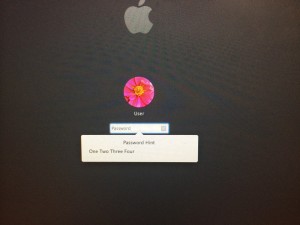 This was brought me a smile to my face…. nicely done (wait, I have the same combination on my luggage!!!). It matters not, as one of the first things I’m replacing and adding is an SSD for the box (see later post) and I’ll run a Time Machine restore on the new drive. All system functioning, just fine. 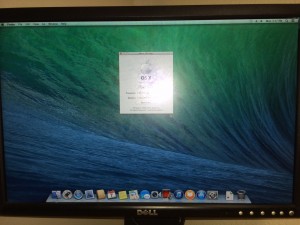 ]12 The only surprise/disappointment was the lack of an Optical Drive… otherwise I’m very happy with it.